In the year 1912 was the beginning of what is now the Kepple-Graft Funeral Home. It was then that Mr. William W. Bortz established a funeral home on South Maple Avenue in Greensburg. In the year 1951, the funeral home was moved to 524 North Main Street with Mr. and Mrs. Paul R. Seeman as owners. Mrs. Seeman was the former Martha Bortz. After many successful years of being in the funeral business, Mr. Seeman sold his business to Mr. and Mrs. Robert J. Kepple in 1965. Due to a tragic car accident, Mr. Kepple died in March 1969, and Mrs. Barbara Kepple continued on in his behalf. During this time her son-in-law, Mr. Terence Graft, came to work with her. After five years of working together, Mrs. Kepple sold her business to her son-in-law, Terence Graft, and she retired.

We are proud to carry on the tradition with pride and dignity. Carrying out the long range plan that Mr. Kepple had so hoped for, Terence expanded with a large two-room addition in 1989.

Our funeral home was completed and decorated to create an elegant comfortable and home-like old world charm atmosphere with easily accessible rooms for visitation. We have special facilities in our funeral home to display the wide variety of merchandise needed for burial purposes, such as caskets, vaults, clothing, urns and monuments. Our Building is up to date and is Handicap accessible. Outside we have a spacious parking lot for your convenience.

We have tried to make our facility as accommodating as possible to serve your needs. 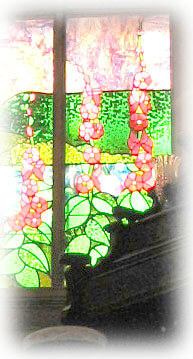